The contents of the Skype Web SDK documentation (up until now published on MSDN) are also now on GitHub, at https://github.com/OfficeDev/skype-docs.

Right now, it’s just Skype Web SDK documentation that’s included, but it looks like space is being left open for documentation for other Skype developer technologies to be added over time. 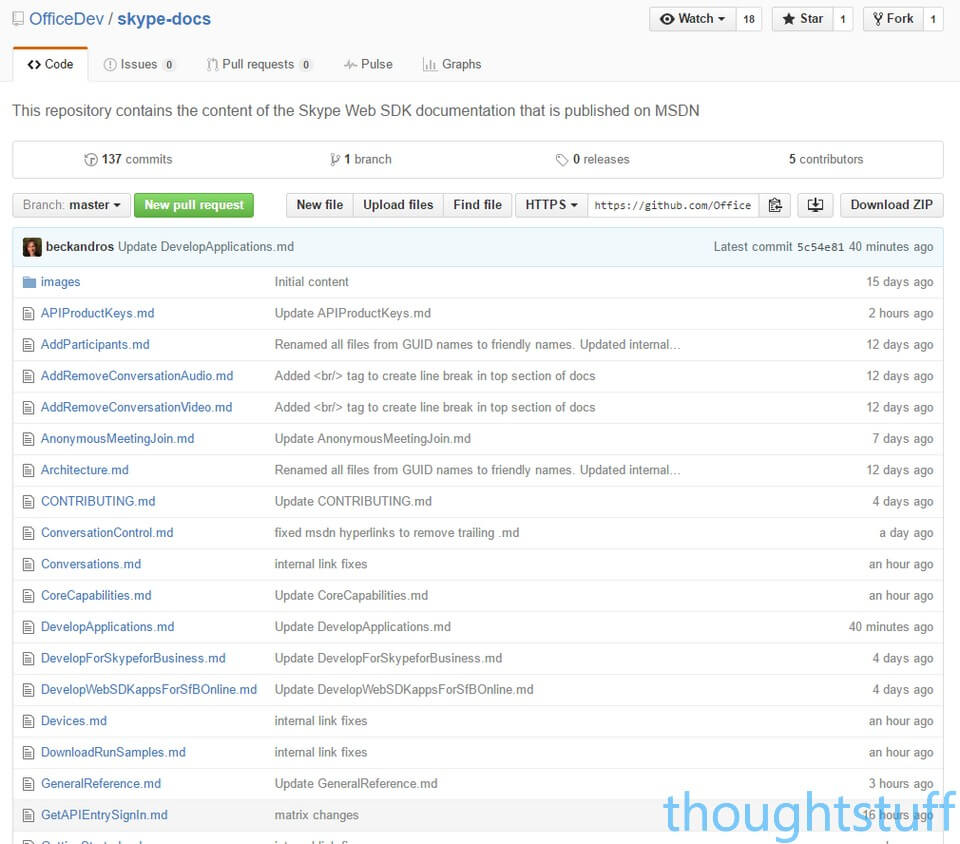 “Contribute in GitHub” links have started showing up in MSDN as well:

This is a big deal for a couple of reasons:

As of right this second, there is a note in the README.md stating that only pull requests from within Microsoft can be accepted. However, I think (though I don’t know) that this is just whilst the kinks in the license approval process take place, and things will work themselves out eventually.

The content is part of a larger collection of documentation collated at the top-level https://github.com/OfficeDev repository. This is a great source of content from across the Office platform, containing loads and loads of different repositories. It’s pretty exciting! 🙂

You Can Contribute (or will be able to soon!)

The great thing about documentation being in GitHub is that you can contribute: either by submitting minor corrections to code examples, spelling errors etc, or larger contributions such as new articles and code samples. Some contributions require you to sign a Contribution License Agreement: for more details see: https://github.com/OfficeDev/skype-docs/blob/master/README.md.

This is really exciting, and I think represents a real opening up of relations between developers and the Skype for Business Product Team. Now, if there’s a problem with the documentation or something isn’t clear there’s somewhere you can go to get it resolved, and help make the world a little bit easier for the next developer!

Skype for iPhone update 5.10 – Skype Call URIs are back!

GitHub Is Not Your Sweatshop