It’s always fun to speculate on the future, as long as that’s all it is. I wondered whether it was possible to look at the newly released Session Catalog for Microsoft Ignite 2018, and see if the sessions which have been chosen indicate anything we didn’t already know about Skype for Business and Teams.

All the information below is taken from the Session Catalog and was correct as of 12th August 2018. It’s worth noting though that the Catalog is likely to change and evolve leading up to the start of the conference.

There are currently 629 sessions in total at Ignite this year.

There are 6 sessions with the word ‘Skype’ in the title.

There are 40 sessions with the word ‘Teams’ in the title. (note though, that Teams is an overloaded word)

Let’s look in detail at those Skype sessions:

So, there’s a session on the Modern Administration Portal, which looks like it’s going to become a single place to administer both Teams and Skype for Business, which is good.

We already knew that there would be a new version of Skype for Business Server, so it’s good to see it has a session. The title of the session suggests that it will cover “everything you need to know”, which is good, as it’s the only session I could find on it!

The remaining 4 sessions are all focused on the transition from Skype for Business to Teams. If you needed any more proof of Microsoft’s current direction of travel, I’m just going to leave that fact here. 🙂

Now, let’s look at the Teams sessions. Because 40 sessions is quite a lot to look at in one go, I’ve split them into these categories:

Nothing to do with Teams

We’ve picked up another transitioning session in this list. There’s a good variance of different focus areas with hopefully something for everyone. There’s a bit more of a focus on management of Teams and on the different vertical-specific applications of teams than on, say, development, but that probably speaks to where Teams is today as a solution. Also, I was surprised not to see more sessions on user adoption as this is a really important part of succeeding with Teams. In fairness though, lots of user adoption stuff is probably also covered in the Transition sessions.

What sort of Sessions can you expect?

Looking at the total 41 sessions (both Skype and Teams, ignoring the one about Git), the breakdown is as follows: 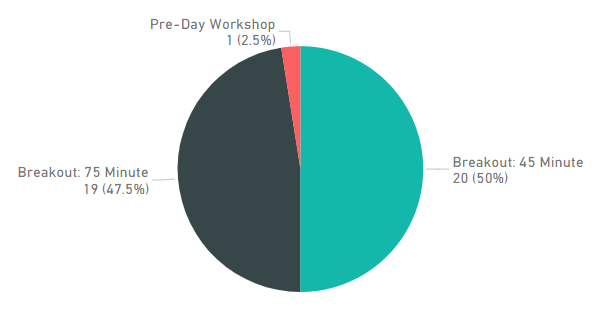 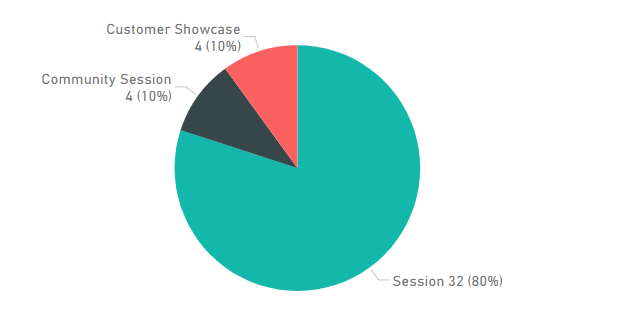 For those of you wondering where this data came from, I’ll be doing a blog post later in the week, so look out for that.