Microsoft Teams is now out and available to everyone. In case you missed it, the official the announcement is here.

What’s really good news for developers is that there are a number of different development options available from day 1. 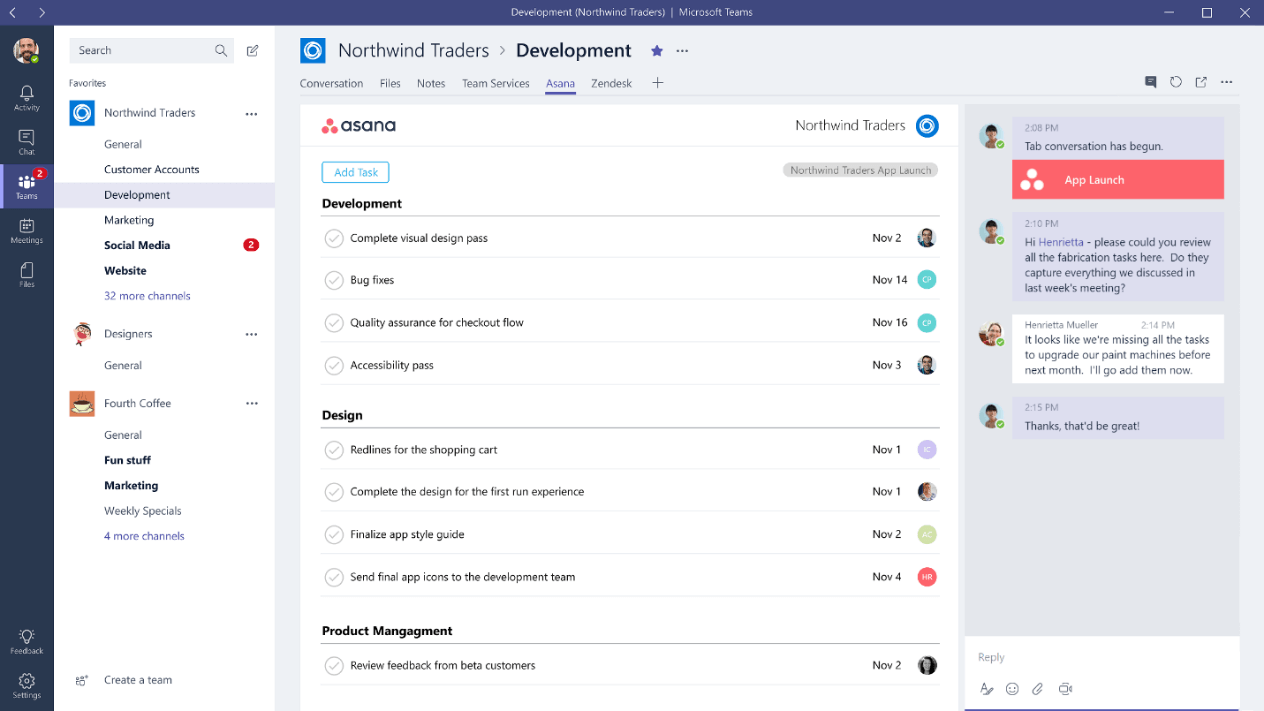 Tabs are a way for you to embed your web content directly into the Teams UI experience. In the screenshot above, notice how the Asana tab has been added directly alongside Conversations, Notes, Files etc. 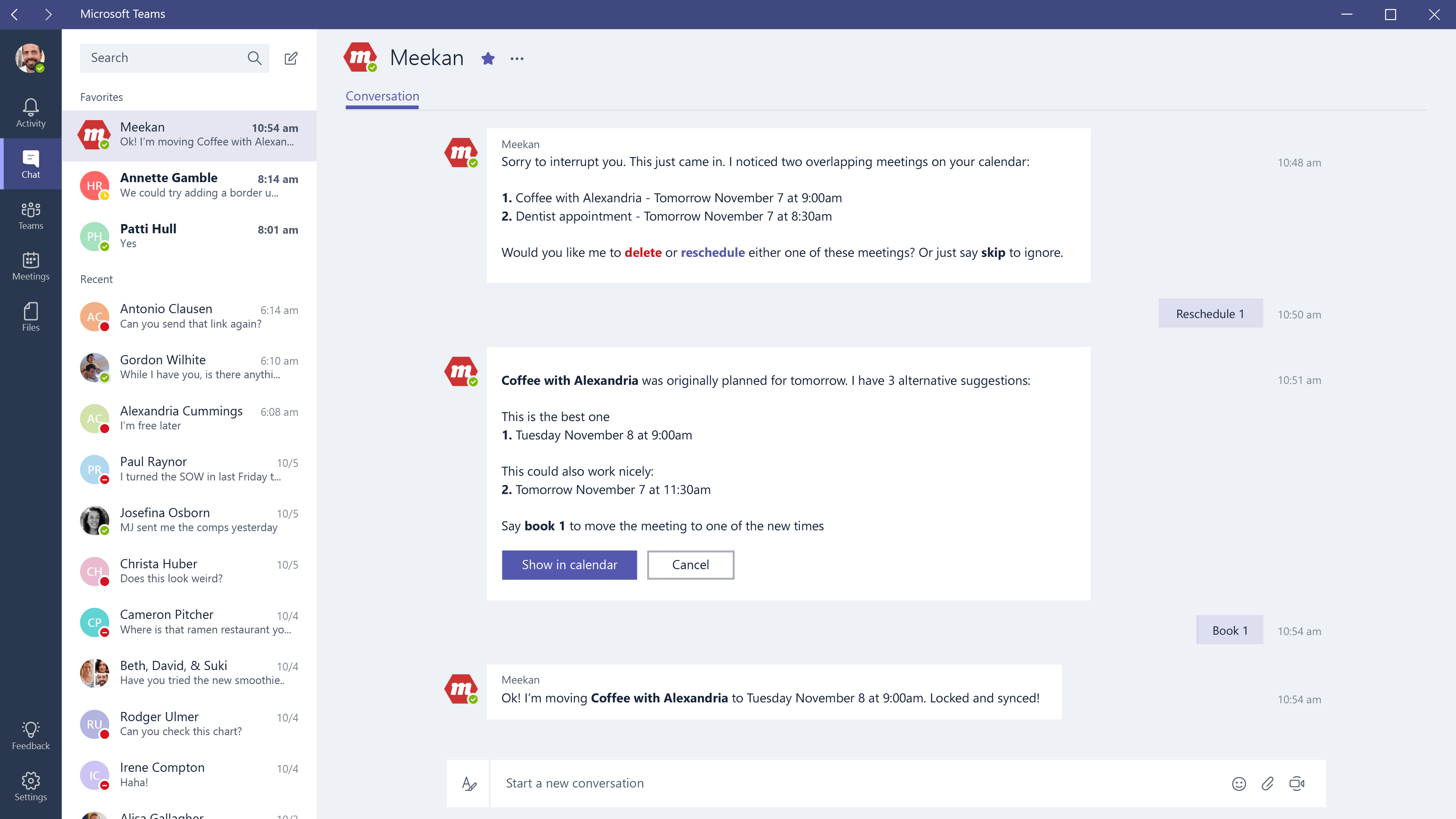 Microsoft Teams is a new channel added to the Microsoft Bot Framework, so anything you’ve already written there can be enabled to work with Teams. There are no additional settings once you’ve added the new channel – it should just work. 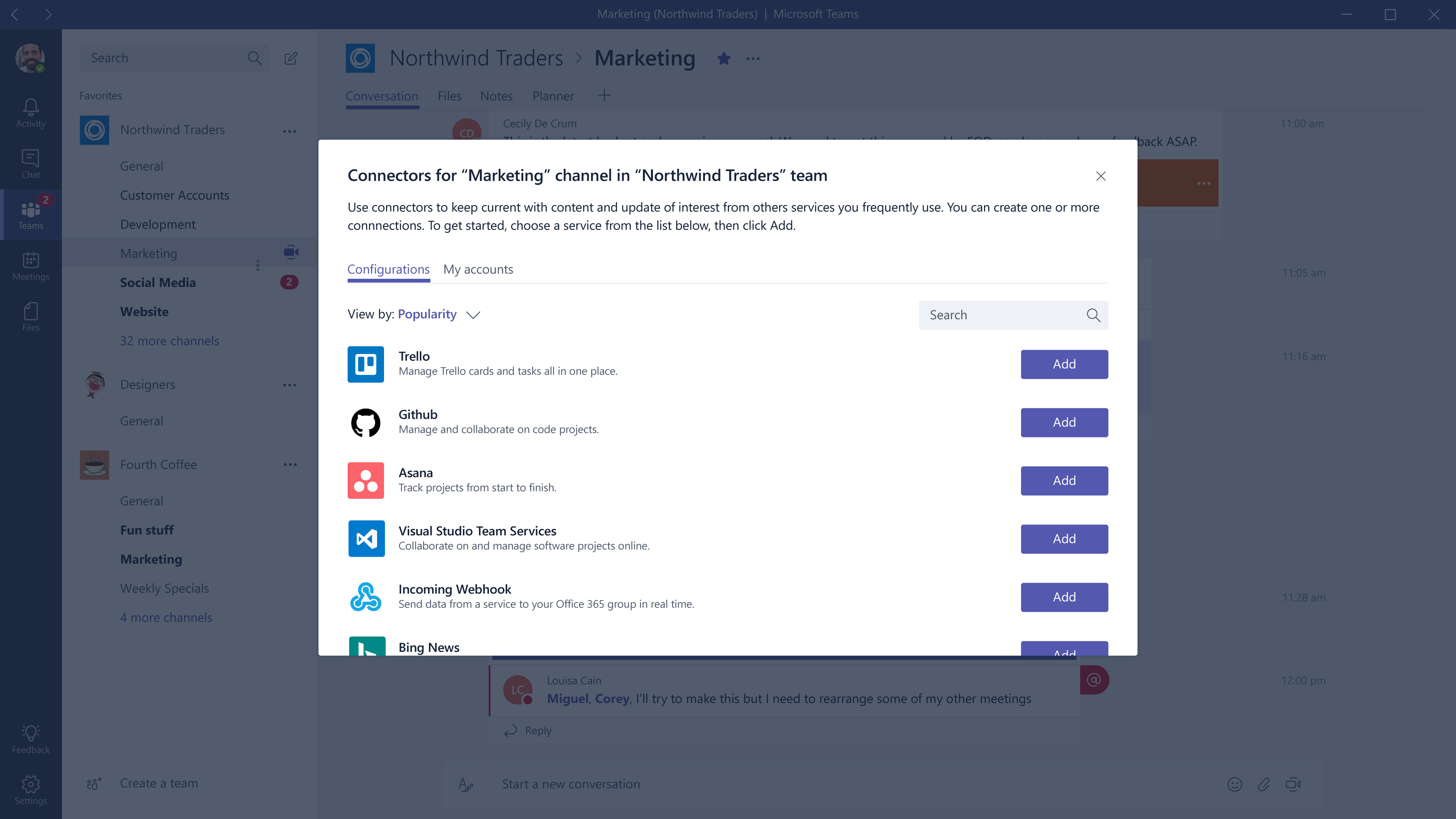 To find out more about Connectors and create your own, visit the Getting started with Office 365 Connectors for Microsoft Teams MSDN page.

It’s really exciting to see a new product like Microsoft Teams launch with so much support for development integration from day 1.

Microsoft are working really hard to make communication a feature which is consumed by applications. To do this, users need to be able to have immediate access to the information they need and the communications tools, together. Even from this initial Preview release of Microsoft Teams, it’s clear that this is a product that has this vision front and centre and is enabling users to focus on collaborating to get things done without having to focus on why and how of the technology.

It’s going to be really interesting to see how this is received by both users and developers alike. I think that users will love how easy it is to work together and mix document sharing and persistent messaging with immediate voice and video. I think that developers will appreciate the different integration options they have and how they can bring their own data and applications into the Teams ecosystem.

It’s going to be a very disruptive next couple of months.